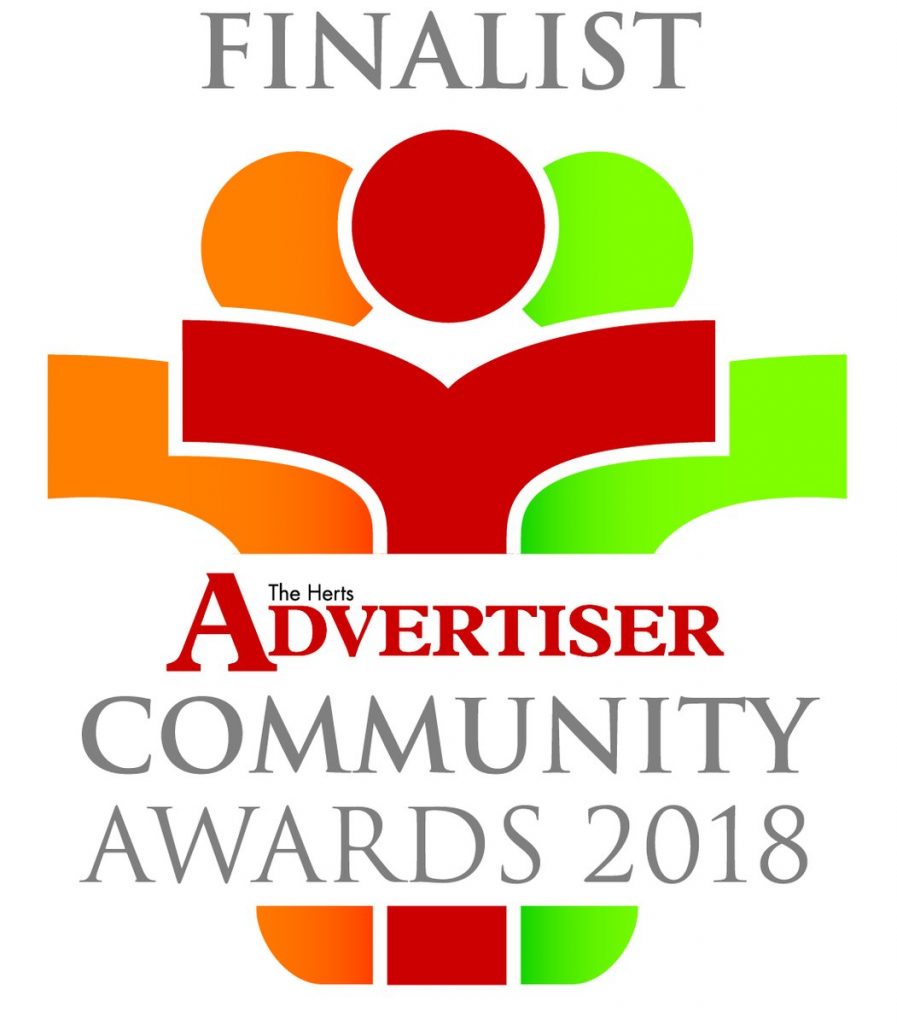 Local charity, The Counselling Foundation’s longest serving member of staff, Pam Firth, has been selected as a finalist in two of this year’s 2018 Herts Advertiser Community Awards finalists.

Pam, who has worked at the Foundation for 20 years, is a finalist for Lifetime Achievement and Service to the Community at the awards to be announced in St Albans next month (September).

The Training Manger at the Foundation, Mimie Hollist was among the first to add her congratulations.

“We are thrilled that Pam is receiving this recognition for her work in the wider community,” she said. “Pam is an energetic and highly regarded member of our training team so it is wonderful to see her recognised for this work and what she has done for counselling and end of life care nationally and internationally.”

Pam, in her 70’s, not only contributes a wealth of experience in leading the next generation of counsellors into Hertfordshire and Bedfordshire but influences policies to contribute widely in the worlds of palliative care, bereavement and mental wellbeing.

She first trained as a social worker and then went on to study at the Tavistock Centre.  Her early career was spent working in CAMHS and in two therapeutic communities including the world famous Mulberry School which is based on the psychodynamic theories of Barbara Docker Drysdale and Donald Winnicott.  She continues to influence policies that contribute widely in the worlds of palliative care, bereavement and mental wellbeing.

She is a tutor and lecturer at various universities and continues to be in demand as a speaker at Palliative Care Conferences and most recently invited by the Czech Republic government to take part in the National Social Work Conference.

A further recognition of her expertise is that she had written several book chapters and articles on bereavement and family adaptation to loss and is an editor of a popular textbook entitled “Loss, Changes and Bereavement in Palliative Care”.

Despite being very busy, she believes it is always best to respond to people’s need first and is sometimes available to listen and think beyond her working hours to support her students and colleagues.

Family is an important part of Pam’s life and she is immensely proud of her daughters and three grandchildren. She is an avid choral singer with St Albans Choral Society – “a hugely important part of my life”, a keen member of the Marshalswick Horticultural Society and attends a yoga class three times a week.

Pam’s main role at the Foundation is as Programme Tutor, where she is responsible and manages the Foundation’s Foundation Certificate, the first year of professional counselling training, which starts in September.  Application deadline is 31 August 2018.