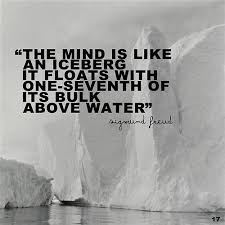 How Freud has influenced me as a therapist and as a person, by Nick Pandya, Bedford Centre Head

To coincide with the anniversary of Sigmund Freud’s birthday (6th May 1856) we celebrate with an awareness week where we share the benefits of studying psychodynamically, why The Counselling Foundation endorses this approach to therapy, and the differences compared to other therapies.

Nick Pandya who is head of our Bedford Centre, shares how Freud has influenced him both as a therapist and as a person:

“I was always a fan of Freud, whom I had first encountered aged about 16, when I was urged to familiarise myself with the work of Freud, Marx, and Darwin, the three giants of last century who between them revolutionised human thought.

I fully agree with psychologist John Kihlstrom who has said “More than Einstein or Watson and Crick, more than  Lenin, Roosevelt or Kennedy, more than Picasso, Eliot or Stravinsky, more than the Beatles or Bob Dylan, Freud’s influence on modern culture has been profound and long-lasting.”

It is true, many of Freud’s methodologies, techniques, and conclusions have been put into question, nevertheless for me Freud is in a class of his own. A renewed light on his legacy shows that Freud’s contribution is far from over. Freud was absolutely correct in his assertion that we are not masters of our own mind. He showed that human experience, thought, and deeds are determined not by our conscious rational mind, but is driven more by irrational forces outside our conscious awareness and control,  and such forces could only be understood and controlled by a therapeutic encounter he called psychoanalysis.

And Freud’s theories on defence mechanisms still hold true. Few people, would deny that we all too regularly employ such defences as denial, repression, projection, intellectualisation, and rationalisation.

There are five broad areas in which the work of Sigmund Freud, which remain very relevant to my own psychodynamic counselling practice: the existence of unconscious mental processes, the importance of conflict and ambivalence in behaviour, the childhood origins of adult personality, mental representations as a mediator of social behaviour and stages of psychological development”.

The interpretation of dreams is the royal road to a knowledge of the unconscious activities of the mind.

The Interpretation of Dreams

The ego represents what we call reason and sanity, in contrast to the id which contains the passions.

The Ego and the Id

Civilization and Its Discontents

The great question that has never been answered, and which I have not yet been able to answer, despite my thirty years of research into the feminine soul, is “What does a woman want?”

Psychoanalysis is in essence a cure through love.