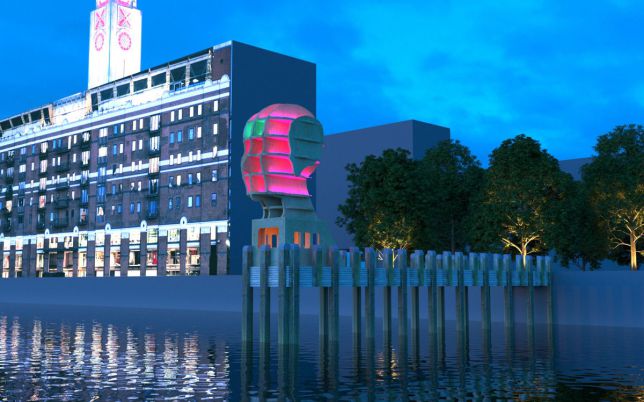 Challenging the stigma of ill mental health, the interactive structure created in support of Time to Change is called Head Above Water and is intended as a symbol of hope and bravery of those going through mental health issues and those who support them.

Designed by British Designer Steuart Padwick, it’s deliberately free of any gender, ethnicity, and age, as mental illness can happen to anyone.

It’s part of the London Design Festival and Design Junction and will be available to view until 23 September along London’s South Bank, Queen’s Stone Jetty (also known as Gabriel’s Pier).

You won’t be able to miss the structure, it stands at nine metres tall.  The head lights up with different colours responding to a Twitter feed, where people can share how they’re feeling in real time.