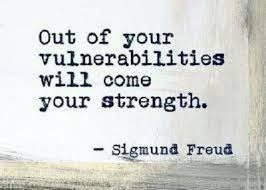 Fiona Di Leo, St Albans Centre head and therapist, trained with us almost a decade ago, she talks about the influence Freud has made on her

To coincide with Freud’s birthday Fiona Di Leo, St Albans Centre head who trained with us almost a decade ago talks about the influence Freud has made on her as a therapist.

Socrates reputedly said: “the unexamined life is not worth living.” This quote could just as easily be attributed to Freud. His curiosity and search for understanding of the human psyche and exactly what makes it tick underpinned his work as physician and psychoanalyst. Although not by any stretch the only medical practitioner at the time examining the troubled mind and its workings, his dedication to the pursuit of scientific truth and the extent to which he was prepared to investigate the complexities of mental disturbance and publish his findings still sets him above others to this day. Freud was a neurologist whose interest in the workings of his patient’s minds drew him to the conclusion that there were unconscious mental processes at work within his patients. Freud claimed that there was material stored in the psyche that was too difficult for a patient to acknowledge and that defence mechanisms such as repression would keep such information locked deep inside the unconscious mind. Psychoanalysis was developed to reveal the use of defence mechanisms and to enable the patient to bring into consciousness those things that had been held in the unconscious. He saw evidence for the activities of the unconscious also occurring in everyday life experiences, including dreams, the ability to remember things that had been forgotten, slips of the tongue (parapraxis or Freudian Slips) and problem solving whilst sleeping.

Freud’s immediate interest was the mind and its workings, but he also tied in his research and investigations to the interaction between mind and body. He observed that things over which his patients seemed to have no control, or of which they had no conscious knowledge, were directly linked with physical symptoms, and bringing them to a conscious awareness would alleviate those symptoms. This created a link between the mind and its activities with the body and its manifestations.

Freud continues to remind us that there is so much more than what we see or experience, and that the workings of our minds are much more fascinating and revealing than we might think. In my practice, I try to retain that sense of curiosity and work with my clients to help them to become curious too. This helps them to examine what is happening for them both consciously and unconsciously and thereby derive an understanding of themselves, their emotions and behaviour. Thanks to Freud and his curiosity, their examined life becomes well worth living, as they start to understand what makes them tick.